Talk about an epic ride. On and on into the inky Cumbrian night, the temperature falling and the sky ablaze with stars. A night ride along Ullswater, with clues only in sound, and sensation, to here: where is here?

Penrith. A one-word joke from Withnail & I. And on this silent Thursday night, the start of a journey by bike to the foot of the Kirkstone Pass. It isn’t far. It is dark, and beyond the A66/M6 roundabout the street lights fade away and there nothing but the road and the bright, small circles of light cast by my lights.

After hours, including a delay, on a high-speed train the silence, the difference in speed and the shock of sudden effort make the way a mental and physical wake-up. It’s also cold – a few degrees above freezing. I start to panic slightly. Then a calm voice advises me to take my time and get it done. I look up to a sky of thousands of stars, blinking through the warm breath coming out of my mouth, and start talking to myself about the wonder of the heavens.

After a while – minutes, hours, weeks even, Ullswater appears, and is my constant companion for the next section of the route. The water and the road look the same. I wind my way over one and keep an eye on the space and shape of the other, still in the darkness. Villages come and go. An hour passes, then some more, then I see some familiar headlights. My father’s car. He has grown concerned when I have not arrived at the designated hour and come out to see if he can spot me. Two miles from my destination. I ride the rest of the way imagining the warm fire, the slightly smoky smell of the hut, the initial greetings of strangers overnighting there too. All arrive in the bright light and within seconds the spell is broken. The stars continue to shine outside, on the lean-to where my bike rests.

And then by daylight, what had been here all along. 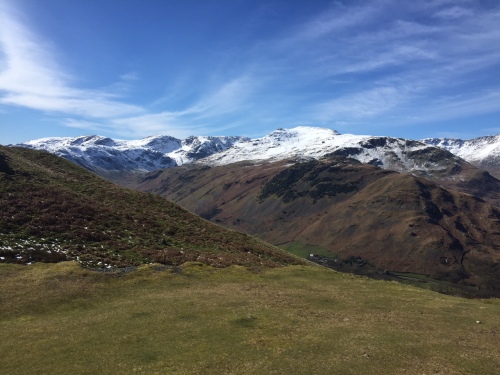 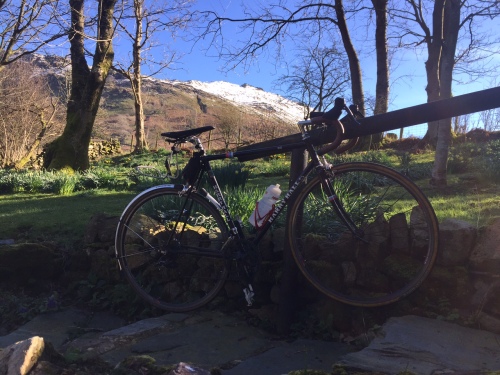