Saturday brought a family party in a quiet Oxfordshire village and a chance to explore just a little of this underrated county.

West of Oxford the villages are honey-coloured and the views come with the Cotswolds stamp of unmistakable Englishness. We tarried a while before home heading first to Swinbrook, every inch the perfect village, with a fine, understated church and a green with (what else) a game of cricket taking place. Bowlers spun lazy overs as the first leaves of Autumn swirled around the outfield.

Leaving the village we crossed the Windrush, a gently flowing tributary of the Thames and parked up in the hamlet of Widford. Widford barely exists, what village there was here was probably abandoned after the plague and never resettled, but at the end of a grassy track remained one thing very much worth seeing. St Oswald’s Church is the kind of treat you only find if you carry Simon Jenkins’ ‘England’s Thousand Best Churches’ in your glove compartment. This book has guided me to countless curiosities and works of architectural genius, the humbling work of unnamed ancestors hands. 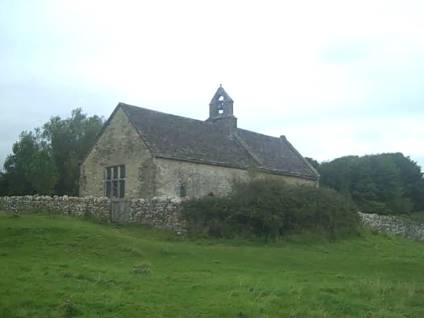 St Oswald’s is reached by strolling along a bridleway, with the Windrush below you. It sits in a field, walled off from a few cows and is a simple, sweet medieval church. With a satisfying clunk of the bolt we passed inside and sat for a while in box pews which have room for what would have been a few local families. During services they wouldn’t have been able to see each other.  There is a Roman mosaic beneath the floor here, evidence of far more ancient settlement, but a note pinned to the noticeboard tells you that previous visitors have helped themselves to too much of it and it has been covered up. In case you’re wondering, St Oswald was a seventh-century King of Northumbria. 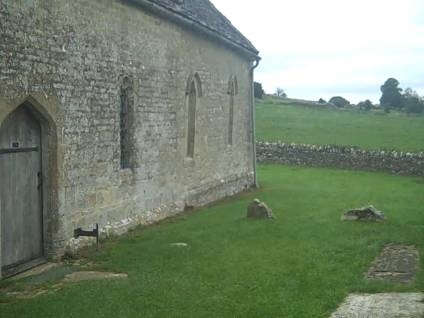 The afternoon was giving way to a cloudy late-summer’s evening and we padded back to the car, aimed for London and put Let’s Wrestle on at full volume.

One response to “Rambling through Oxfordshire”