Secret London: a day out at the museum depot

Family Hall – three train buffs, one in training and one person too exhausted to argue – went on a long-awaited outing to the London Transport Museum’s Depot this weekend – and were not disappointed. The depot, located by Acton Town tube in deepest west London, holds everything that can’t be crammed into the main museum in Covent Garden. It’s only open to visitors twice a year, which meant there was not long to check out the 370,000 artefacts from three centuries of public transport in London. There was no time to waste, which is why it was ideal to arrive an hour early. 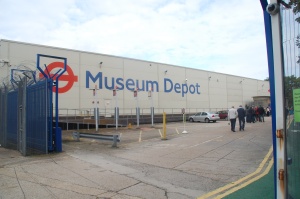 The fun begun before we even got in the front door with not one, but two miniature trains to ride on along the edge of the depot. One was a replica of an original Metropolitan Railway steam engine, the sort which used to belch smoke into tunnels from Paddington to Farringdon. The other was an electric model of what (to my untrained eye) appeared to be a Central Line train from years gone by. The drivers of these trains are serious, blue overall-wearing men. The children riding behind them are equally straight-faced, staring wide-eyed at the train, track and signal. Only the adults accompanying the very young let the side down, grinning from ear to ear. 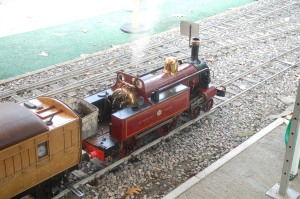 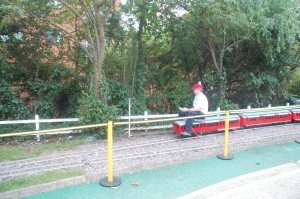 Inside, the Depot housed a fascinating collection of rolling stock from differing ages, and in varied states of preservation, repair or mothballing. As well as trains there were trams, buses and several magnificent avenues of signs, one corner of which was dedicated to Arsenal station roundels. Another wall held pre Harrry Beck tube maps and the odd stray station sign, which hinted at a time before London Transport’s design and branding was very strictly uniform. 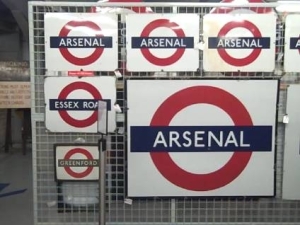 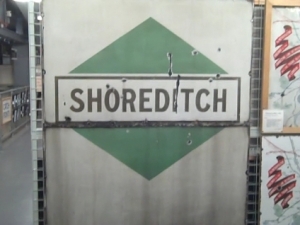 Rogue Shoreditch - no wonder they closed it (twice)

Some of the more curious objects inside took a little finding. In one corner was a grey metal cone, which on closer inspection was an air raid shelter for one, or maybe at a pinch two (presumably very friendly) London Transport employees. The other was so interesting it warrants its own post, so beyond putting the words Holloway Road Spiral Escalator in as a future link I shall say no more about it. 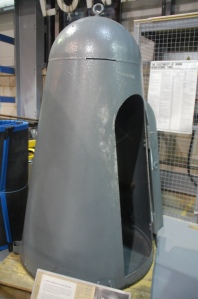 We left, a little giddy after too many doughnuts, and vowed to return for the spring model railway event. 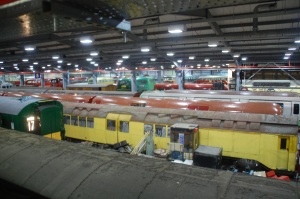 London Transport as far as the eye can see

One response to “Secret London: a day out at the museum depot”